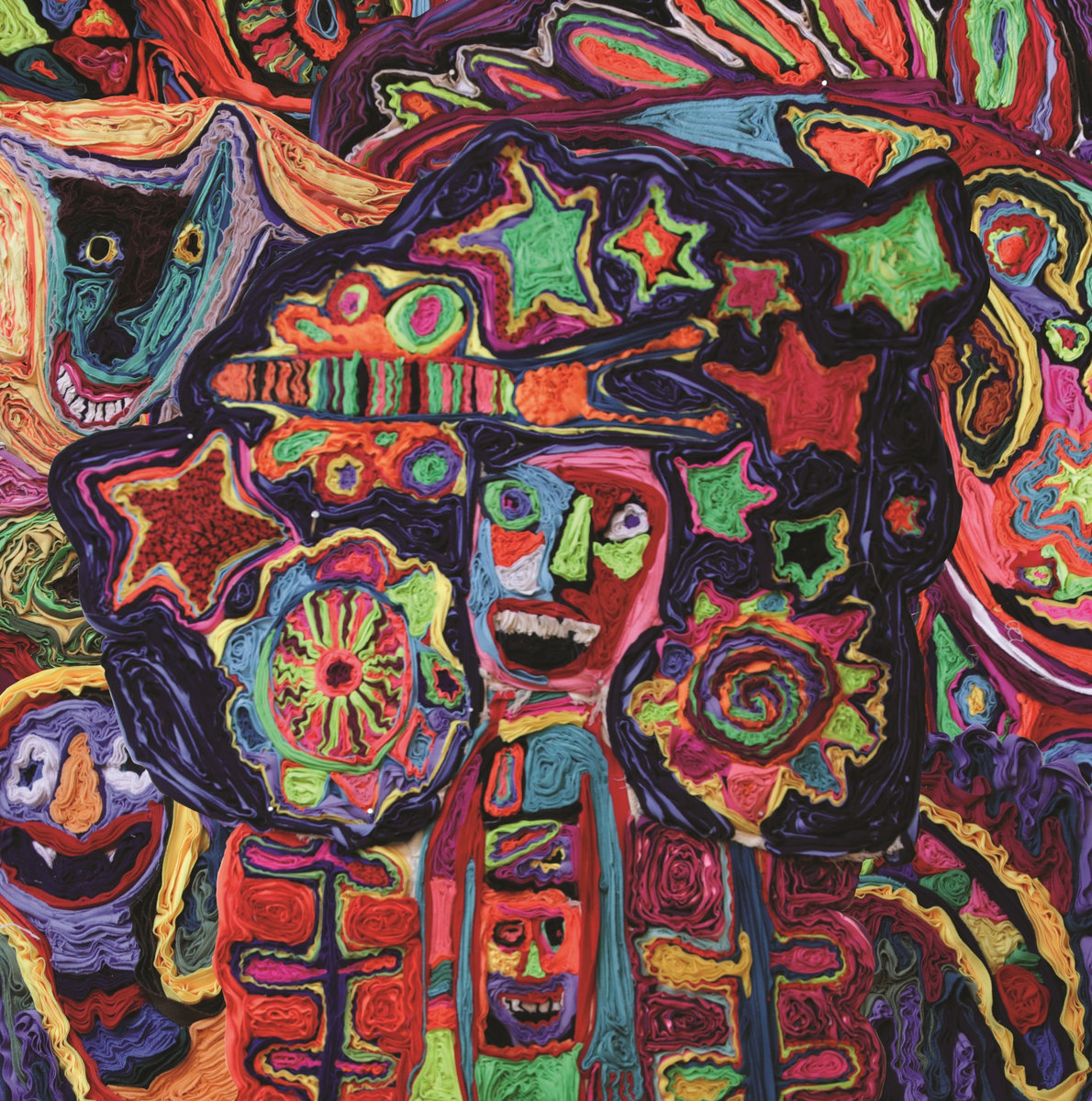 The music on Cosmic Radio Station was first beamed into the Pacific ether from a woolshed and a tumbledown house perched on the hills above Port Chalmers near Dunedin during a period of heightened aurora activity in the deep south caused by cosmic rays from solar flares.

Head back to Port Chalmers itself and you’ll find Chick’s Hotel. Tiny (and haunted) it may be, but it has hosted shows by Sebadoh, Stephen Malkmus, J Mascis, Sharon van Etten and Parquet Courts, amongst many others, and it’s also the epicentre of the vibrant Dunedin pop underground.

The venue is run by the three members of The Shifting Sands: Mike McLeod (guitar, vocals), Tom Bell (bass) and Jake Langley (drums). Even with the responsibility of providing radio for the Cosmos and bringing bands to Dunedin, they still managed to undertake a 2014 US West Coast tour supporting David Kilgour & The Heavy Eights, with whom they share a bass player.

The eye-popping sleeve, by renowned Port Chalmers artist Jim Cooper, gives some idea of the psych-dealing within. Yet this is the Cosmic Radio Station and things are not as they might seem. First and foremost this is an album dripping sundazed melody through a shifting haze of fuzzy, chiming guitars, shimmering strings, and vocal harmonies. The cosmic radio station is on air. Tune in… turn on… pop out.

The music on The Shifting Sands 2nd album “Cosmic Radio Station” has been praised as “…multi-faceted guitar pop channeling New Zealand’s ‘80s Flying Nun sound…” by Uncut magazine while Brooklyn Vegan say “It’s a record of gorgeous guitar pop that owes some to Dunedin’s indie rock heritage — The Clean’s David Kilgour plays guitar on the album — but forges its own path.”